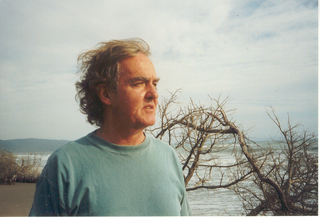 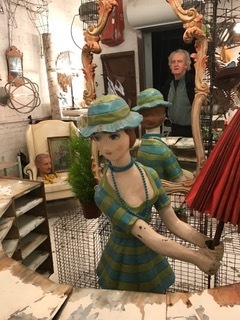 [Yes, this is my website where I write about an elusive character I keep attempting to meet.]

Robert Eaton Kelley is a writer of fiction who has made art of his personal life. Both in his writing and in his personal life Kelley has explored the origins, the nature, and the morality of creativity. He has written about it openly and in secret guises. Little is known and much is to be discovered about Kelley as a writer with secret tales to tell. His life mirrors art. As a novelist, historian, literary critic, scholar and editor, his roles and guises have been in the name of his art as he has probed and tested the limits of creativity.

Kelley’s novel, The First Book of Timothy, explores his personal mythology in the guise of his protagonist, Timothy Brown King. This apocalyptic tale about the creation of meaning against the backdrop of the Cuban Missile Crisis and the Cold War was published by Dartmouth and The University Press of New England. The novel was the feature of a public forum, “Memory and History”, at the John F. Kennedy Library in Boston in 1996.

Kelley's recently completed novel, "The Mirage"--a fantasy of eros and mythology--draws directly upon his quarter century of living in the greater community of Dartmouth College in Hanover, N.H. The novel explores the secret struggles of creativity and historical and literary scholarship, revealing the searing and transformative impact of those struggles on the lives of individuals in the college community.

His novel-in-progress, "In the Name of the Creator: THE POWER OF THE MAN", continues Kelley's fictional exploration of the morality of artistic and scholarly creation. The protagonist, Patrick Sweeney, literally creates the career and shapes the character of his wife, Hedy. Ironically Patrick makes a mystery of his own life and the entire process refracts back upon itself to become his writing material. Life becomes art, art becomes life.

That Kelley is, indeed, a self-described fantasist, a fabulist, is illustrated in his recently completed fictional collection on the lure of golf titled, “Shaman of the Green”. In this literary potpourri of short stories, epiphanies, and whimsies, Kelley even makes art of golf as he explores the mystery and comedy, the spirituality and mythology, and withal the romance and the history of the ancient pastime.

Kelley’s first literary report of links to and back from the game of golf occurred in 1985 when he edited and wrote the monthly newsletter, Colonel Bogey’s Lore, for Hanover Country Club in New Hampshire, the home golf club of Dartmouth College. The National Golf Foundation appraised the newsletter as the best in the United States, awarding it the Harry C. Eckhoff Award for excellence in golf journalism. A further confession of strange and marvelous occurrences to and fro on the greens emerged when Kelley was the editor and wrote stories and essays for the inaugural 1996 edition of New Hampshire Golf. Kelley’s writing has also appeared in PGA Magazine, the golf professional’s journal.

A graduate of Dartmouth College where he majored in political science, Kelley also received his Masters in English from New York University, with further graduate studies in English at Ohio University. A native of Portland, Maine, he now lives in Asheville, NC, in the spiritual mountains of the Great Smokies and Blue Ridge of western North Carolina, with his German wife, the artist Barbara Nerenz-Kelley (nerenz-kelleyarts.com). Previous years were spent in Scotland, England, Ireland, Greece, Italy, and Munich, Germany.

Please click on specific titles and headings for additional information.